The meaning of Queen’s “Bohemian Rhapsody”

On October 31, 1975, Queen released the legendary “Bohemian Rhapsody”. This world hit appeared on the album “A Night At The Opera” and immediately hit the charts worldwide.

Bohemian Rhapsody is a piece in rhapsodic form by the British music group Queen.  A rhapsody is a poem or piece of music whose subject or style consists of contrasting parts of style / mood, which, despite the free form, nevertheless form a unit, often with a common theme based on folk melodies or recurring in different forms.

Queen released “Bohemian Rhapsody” in 1975, but Freddie Mercury began writing it in 1968. Mercury gave the musical project the working title “Cowboy Song”. This because of the Wild West feeling of the text: “Mama, just killed a man”. The name Bohemian Rhapsody came later.

The term Bohemian stands for the creative and individualistic culture in Bohemia, which used to be a region in the Czech Republic. In this culture, freedom is central and people can choose how they spend their lives.

Little is clear about the exact meaning of the inconsistent text; singer and writer Freddie Mercury did not like to explain his lyrics in interviews. It has been suggested that Goethe’s famous work Faust was an important source of inspiration.

The text contains philosophical elements. Immediately in the intro, the question is asked whether life as we experience it is real (“Is this the real life? Is this just fantasy?”). After which it is concluded that there is no escape from reality.

Then it appears to be a boy from a poor family who is on trial for shooting a man and possibly executed. The boy realizes that he has just thrown away his life and that no one loves him anymore.

The opera part contains many religious allusions; this is how Beelzebub is called here and the Arabic saying Bismillah (“in the name of God”) occurs. The text also contains some references to the opera world. The name Scaramouche is mentioned, as is Figaro from Rossini’s Il barbiere di Siviglia. Furthermore, the 16th century scholar Galileo Galilei is invoked, who was persecuted by the Church. This may refer to both the main character in Faust and the theme of homosexuality, for which Mercury was eager to accept.

“I see a little silhouetto of a man Scaramouch, scaramouch will you do the fandango”

A scaramouch – Scaramuccia in Italian – is a character from the seventeenth century Commedia dell’arte, a kind of comical improvisational theater. The scaramouch is a sneaky type that puts the other characters in a difficult position. This figure is asked to dance the Fandango – a Spanish-Basque dance.

Since Mercury has always wanted acceptance for homosexuality, and the church does not play a supporting role in this, it may be for this reason that he included Galileo in the text. The sixteenth-century Italian scholar Galileo Galilei was persecuted by the church for describing in his studies that the earth is not the center of our universe, as the church claimed. Figaro is a character who helps the main protagonist of Rossini’s opera Il Barbiere Di Siviglia.

“Easy come easy go, will you let me go Bismillah! No we will not let you go, let him go”

“Beelzebub__has a devil put aside for me”

Faith is also quoted later in the text. Perhaps the most sung word from the text – Bismillah – comes from Arabic. It means “In the name of God”. In addition, Beelzebub also comes along: the prince of the demons. The devil has prepared it for the convicted boy in the story.

At the end, the text “nothing really matters” is repeated several times. Also the line “Anyway the wind blows” can be heard again, just like at the beginning of the song.

Bohemian Rhapsody has often been voted one of the best pop songs of all time.

A cello quartet (4 cellos) version of “Bohemian Rhapsody” by Queen

This ‘Bohemian Rhapsody’ with cellos by Prague Cello Quartet will give you goosebumps. Cellists  Jan Zvěřina, Petr Špaček, Ivan Vokáč and Jan Zemen bring you their original versions of not only the most famous classics, but also film scores and jazz, rock and pop hits. Their goal is to entertain the audience with their adaptations of well-known compositions and intelligent sense of humour, breaking the boundaries between fun and classical music.

The seeker King: a spiritual biography of Elvis Presley 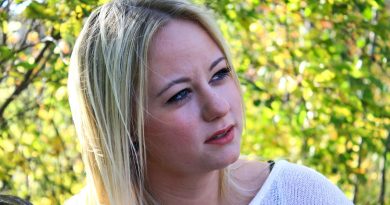 The mind-bending art of deep time

One love | Playing For Change | Song around the world

What is addiction? – Gabor Maté