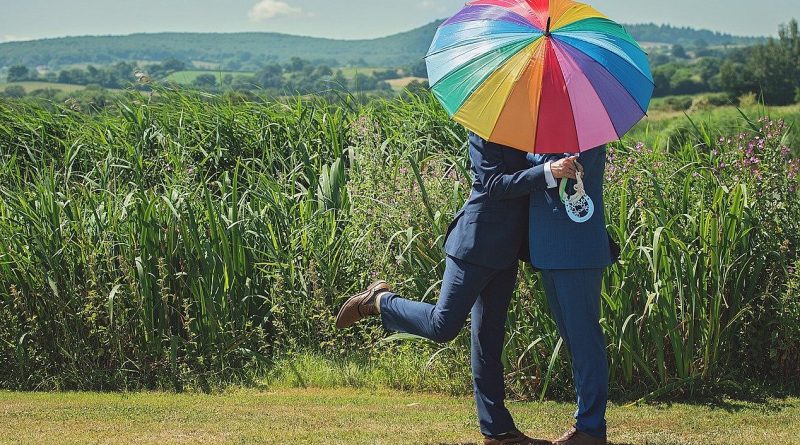 (OMTimes) According to the world-famous cryptographer and Biblical researcher Michael Wood, the writings of the Apostle Paul actually defends homosexuals because of a misinterpretation of the word arsenokoites.

For the past 10 years, cryptographer Michael Wood, designer of the unbreakable REDOC-II encryption system, has been using his decoding skills to help biblical scholars more accurately decipher the first-century meanings of words and symbols used by the New Testament authors. His most recent findings are convincing a growing number of biblical scholars and theologians that many of the actual messages contained in the New Testament on the subject of homosexuality are shockingly different from what has been previously thought. “When his writings are properly translated, it’s clear that Apostle Paul not only did not condemn homosexuals, but he openly defended them against the religious views of his day,” says Wood, who provides extensive documentation to support his findings in his book, “Pauline Paradoxes Decoded”, now in worldwide distribution. The downloads section of Wood’s website  contains a five-page analysis of Paul’s actual position on homosexuality, entitled “Apostle Paul Defends Homosexuals”.  Wood also makes available a full excerpt of a crucial section of his book, entitled “Law and Pederasty”, which thoroughly documents that Paul used the Greek word arsenokoites to exclude rapers of boys from God’s Kingdom, not homosexuals as conventional Bibles say.

“Michael Wood’s analysis of arsenokoites as concerning pederasty, rather than homosexuality, was convincing at the linguistic level,” says Dr. Chris Tilling of St. Mellitus College and author of “Paul’s Divine Christology”.

“Mr. Wood presents exhaustive evidence from first and second century documents, both Greek and Jewish, for the authentic, original meaning of arsenokoit?s,” says William Berg, Ph.D. in Classical Languages (Princeton University). “As it turns out, arsenokoites was understood as boy-raper, not just throughout antiquity, but through the time of Martin Luther and well into the modern age.”

Wood says there is only one reference to homosexuality in Paul’s letters, even though conventional bibles claim there are three. He says conventional bibles contain two passages which mistranslate the Greek word arsenokoites (1 Corinthians 6.9 and 1 Timothy 1.9). This leaves only one unequivocal reference to consensual adult same-sex acts, and Wood asserts he has found documentation that Paul’s only reference to homosexuals was written to defend them against the religious views of his day.

Wood’s findings regarding homosexuality comprise but one part of a much larger puzzle solved in “Pauline Paradoxes Decoded”.  In this work, Wood analyzes all of Paul’s statements regarding the law, not just the Jewish legal prohibition on homosexuality.  Paul’s view of law has been one of the most puzzling and seemingly insolvable in Bible study, writes James Sanders, eminent Bible scholar and editor of Dead Sea Scrolls.

Wood claims to have found the first systematic synthesis of Paul’s statements on law and that the full resolution can be expressed in a single sentence.

“I do think it solves the problems,” says Miller.  “And mostly in the ways, he says it does. This is incredible, and I am very grateful to him for it. After reading it, I went back and read through all the relevant portions of Paul’s letters, and I cannot find one place that remains contradictory in the strong sense. He’s done something truly remarkable.”

Wood says, “Scholarly confusion over Paul’s view of law has caused theologians to misperceive Paul’s view of the Jewish legal prohibition of homosexuality; the prohibition found in Leviticus. Many Christians today invoke Leviticus against homosexuals, yet this was the very passage that Paul openly defended homosexuals against.”

As a preacher’s son, Michael Wood won many denominational awards for memorizing entire books of the Bible word for word. As a young adult, he achieved international acclaim for creating the unbreakable code REDOC-II. Later in life, he began to combine his two passions of cryptography and the Bible making groundbreaking discoveries that are changing the minds of today’s leading biblical scholars.

Michael’s cryptanalytic and religious worlds collided when he began to study the Dead Sea Scrolls. He quickly realized the experience he gained in cryptanalytic thinking afforded him a unique opportunity to empirically solve some of the still outstanding ancient mysteries. His initial success in making groundbreaking discoveries through cryptanalysis of the Dead Sea Scrolls further inflamed his passion for fusing the historical record, the Bible and cryptography.

His previous discoveries are documented in his books: “The Jerome Conspiracy”; “The Hidden Bible”; “The Jesus Secret, Breaking the Romans Code”; and “Paul on Homosexuality”.  His latest book “Pauline Paradoxes Decoded” successfully deciphers and unifies the seemingly cryptic and contradictory writings on religious Law by the apostle Paul.

Coming out – an inward journey

What is ensoulment? (the path of the mystic)

Ayni, or sacred reciprocity: 5 ways to manifest true abundance in your life

The times they are a-changin | peace through music