(Spirit Science | Jeff Wilson) Plants are the most efficient harvesters of solar energy to be found in nature. They do this through a process called photosynthesis. This process turns light into chemical energy by splitting water into hydrogen and oxygen. The electrons freed and created during this breakdown aid in sugar production. The sugar is used to fuel growth and reproduction. There are more than a few projects being conducted globally to emulate and harvest the energy that plants create. Researchers at the University of Georgia are trying to perfect the process of collecting the energy plants naturally create.

Specifically targeting the pathways the electrons travel, the team hopes to power man made devices. They manipulate the proteins found in thylakoids. Thylakoids are compartments at the source of photosynthesis, responsible for capturing and storing energy collected from sunlight. They are like the first stage  batteries for plants. These membrane bound containers are key to taking the energy from the plant before it is integrated into the rest of the organism.

The modified thylakoids rendered immobile on a specially designed backing of carbon nanotubes. These tubes act as a sort of electrical conductor to take any electrons and send them through an attached wire. The small scale experiments are very promising. Their process has yielded a maximum current density that is two orders of magnitude than reported previously for similar systems. The way that these researchers are harvesting energy is more efficient than other experimental processes.

This process is still very much in the beginnings of its experimental phase. The success thus far give head researcher, professor Ramaraja Ramasamy,  reason to believe in a bright future for the project’s continuation.

“In the near term, this technology might best be used for remote sensors or other portable electronic equipment that requires less power to run,” he said. “If we are able to leverage technologies like genetic engineering to enhance stability of the plant photosynthetic machineries, I’m very hopeful that this technology will be competitive to traditional solar panels in the future…We have discovered something very promising here, and it is certainly worth exploring further. The electrical output we see now is modest, but only about 30 years ago, hydrogen fuel cells were in their infancy, and now they can power cars, buses and even buildings.”

Its fun to imagine the possibilities with this concept. Plugging your laptop up to a tree in a city park, or having lights on a street powered by the surrounding plants, the potential is pretty staggering. Definetely keep your eye n the horizon for ‘power plants’ you can grow at home!

The puzzle of consciousness 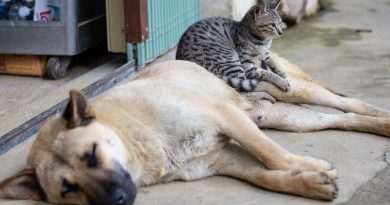 Can you change your partner?