(Global Heart | Esther Haasnoot) We all have dreams. Gabriel Boulhosa hears the whispering of his soul and follows his heart as he start his career as a musician and singer.

“To live is to be musical, starting with the blood dancing in your veins. Everything living has a rhythm. Do you feel your music?”
― Michael Jackson

Music is the feeling of nature materialized

Esther Haasnoot: Can you tell something about yourself. Why is music your passion? And how did you fell in love with it?

Gabriel Boulhosa: In my whole life, I considered music as a special part of existence since my childhood. But I discovered my passion when I first participated in a choir when I was ten. The first time I heard the mixing of many voice types (soprano, contralto, a tenor, bass) singing at the same time, and tones in harmony, I felt chills in my body… at a level, I never felt before.

Esther Haasnoot: Which role did music play in your childhood? What made you chose a career with music?

Gabriel Boulhosa: Well, the love for music always been natural for me in my whole childhood. So natural that I never realized it was even a passion. You may ask why… I answer: Even though I had a passion for music, I never gave a clue that I had it because the emotion I felt was really introspective. The fact is that only I could feel the things I used to feel inside me when I heard my favorite songs. Curiosity: In my childhood, I thought everyone could feel and react to things exactly as I could… So in my mind, I never had the idea that there was a need to communicate how I feel about things.

When people heard me singing my favorite songs (and sometimes imitating Luciano Pavarotti), I couldn’t sing so well yet (laugh), so everyone thought it was a usual child game… When somebody appeared with a guitar, I was crazy to play it (before I learned how to), but every child likes to play instruments and make noises… The result is that there was nobody to tell me, “Gabi, you have potential, you should invest in it, let me help you” until my aunt Inocência decided to take me to the choir with her. After everything happened, as I said in the earlier, the Maestro said my ability to listening to music was absolute because even though I didn’t know the songs they were singing, I could accompany them by reading the lyrics and listening to the notes, and following my type of voice (I was a contralto, and changed to Tenor when I was 12).

After everyone discovered my talent, I sang for my great grandmother before she passed away. I received my first guitar from my grandfather (her son)! So I learned to play guitar when I was 12, but I stopped since then because of my studies. I started singing and playing music again 2 years ago.

Esther Haasnoot: Which musicians, artists, and singer-songwriters are an inspiration for you?

Gabriel Boulhosa: Robbie Williams for his power on the stage; Phil Collins for his stunning sensibility for composing, Bee gees for their harmony; Michael Jackson, especially because when he said something would work, it became a worldwide success, and also his concern and care for humanity’s evolution and the planet; Elton John because he never gave up, Freddie Mercury because I must try to make my voice as powerful as his but in my way;

Luciano Pavarotti for the same reason as Freddie’s; Thomas Bergersen from ‘Two Steps From Hell’ because I consider him a Beethoven from 21st century; Laura Pausini because her voice is beautiful and her songs have her mark, her compositions are unique and unmistakable, they had an extraordinary way to be composed; And Last but not least, Elvis Presley… Even though he is not new to the world, he is for me. I realized many resemblances of him in me when I first listened and watched him with attention. I saw my style, my voice, and even a little of my face, were kind of similar in my opinion, I don’t know about you readers… His voice was amazing, his power on the stage too, his charisma, and the stunning energy of his voice.

So in my career, I envision a piece of each one of these artists on my performance. I will always remember them.

Esther Haasnoot: I enjoyed listening to your beautiful voice accompanied by the warm sound of the classical guitar. When you perform, Do you always play the guitar? Is this your favorite instrument?

Gabriel Boulhosa: Actually, this is the only instrument I know how to play besides using my voice… I loved learning to play it when I was 12. I always wanted to learn how to play it, but when I had the chance to practice, I felt how hard it was for me to perform a song perfectly in the first days. I had to find motivation. Guess what? My motivation was that I could SING to everybody showing them my voice every time I wanted with my guitar. If I just had my voice, it would be harder (but not impossible) to convince everybody to stop everything and hear me sing! And that’s what I always wanted. And… Well… I must confess my favorite instrument is the piano. My eyes still shined when I saw a real piano. I didn’t have the opportunity to learn it yet.

Esther Haasnoot: How would you describe your music, and what does it mean for you?

Gabriel Boulhosa: Music for me it’s like the feeling of nature materialized. Music always awakens different moods in each person, but everybody knows if a song is happy or sad! Music expresses the dark or the light in the souls, and words can help you convey what feeling you want to show when you compose a song. It’s fantastic. Music has science, knowledge, tools to make people learn how to perform, and compose perfectly, but nobody can explain what it is… Just say, “wow, that’s music! It’s beautiful! It’s terrible! It’s ok!” But never an explanation. It is like an axiom, a postulate of existence itself. But you said, “your music”… About it, I’m still learning how to compose, it’s a tough work to write a world-wide success the way I wish it to be.

Esther Haasnoot: Do you feel that music is an expression from your heart and soul, reflected in the songs you sing?

Gabriel Boulhosa: For me, personally, music is the fuel that makes my soul shine. It’s the way It shows the best what I came to do in this world. It’s how people recognize me. It’s the best tool to change the world for the better. So, my answer is yes!

Esther Haasnoot: What is your dream or vision for your music? What do you want to accomplish?

Gabriel Boulhosa: I want my songs to be stunning. I want people to say, “Oh my God!” Eargasm! I want everyone to feel exactly what I felt when I first entered a Choir! My songs must have a beautiful message too. To change the world like Michael Jackson wished to do. Everything that inspired me in the artists I quoted, I want to assimilate everything in me, and I will do my best to be capable of doing it. That’s my dream.

Esther Haasnoot: If one wants to listen to your music, where should they go?

Gabriel Boulhosa: For a while, I’m singing my very favorite songs on my youtube channel. Just search for Gabriel Boulhosa there. Subscribe, please! I need at least 1000 subscribers to start to make live streamings! You won’t regret it, I promise you!

Esther Haasnoot: Thank you so much for your time and all the best in your future aspirations. It is a pleasure speaking with you.

Gabriel Boulhosa: It was a pleasure to me too, I also wish you success in your career. All the best to you and the readers! Wait for me on the stage! 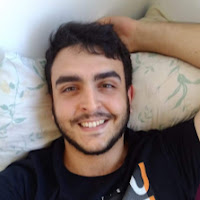 Gabriel Boulhosa is starting his career as a musician and singer, and right now, he needs at least 1000 subscriptions to his youtube in order to acquire the right to have live shows there. If you have a youtube account, please give him a like, follow him to help him with his visibility. For those interested in following his music, Connect with Gabriel Boulhosa at Youtube.

The Wanderer: heart moving songs for the soul-searching man

These 3 sentences will change your life | Lisa Nichols | Goalcast

What it is to be human

All along the watchtower (Bob Dylan) feat. Warren Haynes | Playing For Change

Vulnerability is the new superpower!